Vijayraghavan shares his story on following his passion with work 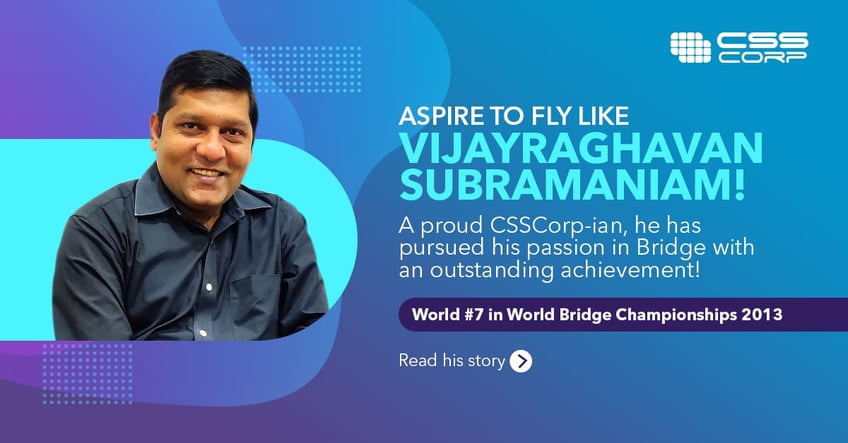 I started playing Bridge at the young age of 16. Bridge is seen as a form of gambling, but this is a big misconception. The truth is that this game has nothing to do with gambling and is now one of the Medal sports in the Asian Games. Several stalwarts, including Bill Gates, Warren Buffet, and Martina Navratilova play this game. In reality, this game helps sharpen your mind and has also helped me a lot in my decision-making ability. 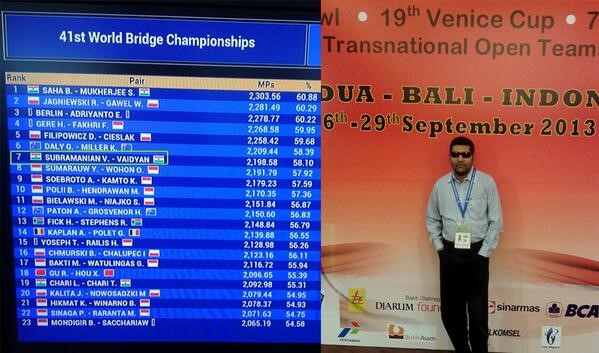 World #7 in the World Bridge Championships 2013

My most recent accolade is the World Championships of 2019, which was hosted in August in Delhi. My team – comprising of 5 members from Tamil Nadu and myself - ended up in the second position. CSS Corp has been a strong motivator to pursue my passion. I have been in CSS Corp for the last 8 years and I am proud to be a CSS CORP-ian.

Runners-up in the International Bridge Championship 2019

CSS Corp is a proud recipient of 'Dream Companies to Work For' by ET Now for 2 years in a row now!