Social Media - What Next?

Today 12 years on, Myspace and Orkut may have fallen by the wayside but Facebook has over a billion users registered and actively using its service. In this time a number of other social media platforms have taken birth - the likes of Twitter, Instagram, Pinterest and LinkedIn have in their own way created a niche for themselves. 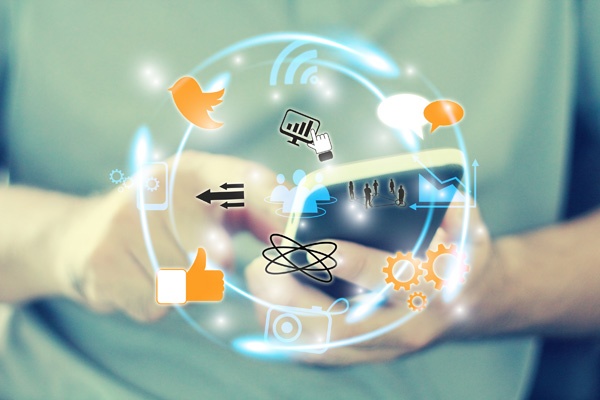 The rise of social media platforms has also given rise to a whole new set of ideas that is disrupting every aspect of our lives. We're more connected than ever before, our personal lives are no more personal and big corporations are leveraging social media to further their business needs, aided by the wealth of information that is made available to them.

Social analytics and listening will play a key role in sharpening inbound marketing tactics. Metrics like clicks and impressions provide a way to measure ROI and this will allow marketing to justify spending on social media more effectively.

Companies today are also investing in listening to gauge market sentiment towards their brand, listen to their customers, and even define company strategy and R&D focus based on social data. In short, companies are using social media to keep a finger on the pulse of their audience.

Big brands, large corporations and even celebrities are using social media today, to be seen by a large technology savvy crowd, their primary way of converting eyeballs to sales. By using paid and organic inbound marketing strategies, social media drives people to either their web space or to an ecommerce site.

The much talked about 'Social Buy Button' will add a new dimension to social selling and marketing, allowing users to close a purchase right there, at the click of a button, rather than being directed to another site to make their purchase. This will simplify the buying process and is sure to disrupt large online retailers.

Customer support over social media is a quick and efficient way to address customer queries and complaints. The traditional "call center" model is being adopted to great effect and users contacting a company on Twitter, for example, expect a response in a matter of minutes. Off-the-shelf platforms called social CRMs, enable this with ease and also integrate with traditional CRM to provide a seamless customer experience across channels.

2016 will be the year social media is more than a mere afterthought. Social Media marketing already accounts for over 22% of the digital marketing budget. The difficulties in mitigating click fraud in paid advertising has forced marketers to spend more on organic, content driven marketing.

Social media is no longer a one person job. Companies are hiring social media professionals to set strategy and execute their social media plans. The story is similar in business, with some finding great success and others failing miserably.

Social media has the power to affect brands, businesses or even the lay person on the street. It is ripe for change and will disrupt the market even more in the near future.

What do you think?