How automation is slowly changing the face of creative agencies 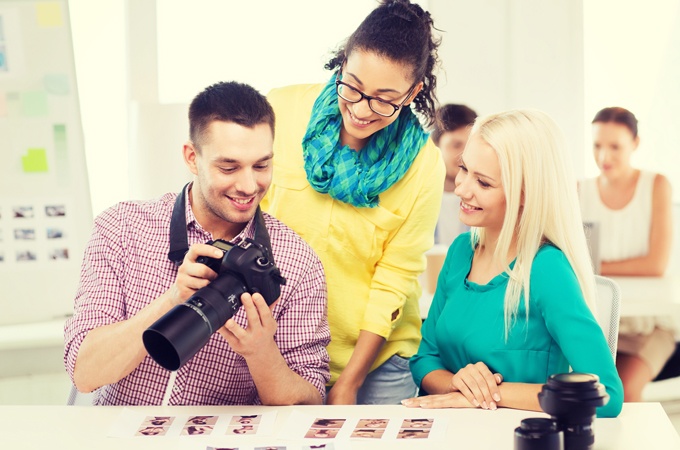 More than 15 years ago as a junior flunkie in an ad agency, a large part of my role involved slaving off to the media manager's insane demands. Because, he held the key to the most coveted sheet that I needed to send to my client - the media campaign plan.

A sheet that detailed every possible metric on the campaign, Impressions, reach, circulation, costs, B/W or Color rates,quarter page, special edition rates etc etc. And then the permutations and combinations would start. The negotiations were endless. Today, its a different story.

Is automation snuffing media planners out?

For most media planners, media planning tools are still stuck in the 50s, and plans are still manually created on spreadsheets. With new automated softwares, media plans and advertising results are securely stored in one place with version control and user access control. A 40-50 step process seeped in manual intervention can now be prevented and not only that- be enhanced with add ons such as data entry accelerators, varied costing methods be it CPM or CPA etc, cross channels both online and offline, currency exchange calculators as well as ad serving estimators!

Media Managers need to now more than ever, focus on driving innovative solutioning, industry benchmarks and spend optimization techniques if the are to outpace the obvious!

As an AE, my only job was to take meeting notes as well as creative briefs based on client requirements. Both jobs not requiring any creative skills, except maybe good writing, sans grammatical errors. There was a recent news about the Associated Press running news articles without actual journalists writing them. In fact they have publicly admitted to using the Wordsmith platform, which they claim are 15x more efficient in churning stories. One could go to the LA Times website, and read about an earthquake news flash, generated within minutes using an algorithm, albeit an algorithm developed by a journalist. Narrative Science is another technology that is churning data into creative stories for business groups. Many years ago when I was a child I had read this story called the "Automatic Grammatiser" by Roald Dahl and laughed at the thought of how a machine could write a story if you fed it a few key words! Today I can't but marvel at Dahl's foresight!

Account Executives need to spend more time on client locations, to scout for business opportunities and build intense relationship management capabilities if they are to outpace the obvious!

A PR agency wouldn't need to spend on executive time to write press releases, instead invest in a machine that can turn out releases in any language in a matter of seconds.

Can billing managers be more productive?

Agencies still retain the old time and materials model or the fixed rate card or annuity models not realizing the immense potential of a pay as you go model or a differentiated pricing model based on client consumption. Not only does it significantly free up creative and servicing bandwidth, but also frees up finance resources who may be utilized for other roles.

Finance Executives in agencies now more than ever need to push clients for differentiated pricing, understand consumption patterns and intervene in case of situations where they can optimize. After all creative skills cannot be replicated. Or can they?

Are art/copy executives losing their edge too?

Just look around us, arguably the most creative industries around us are being automated and it isn't a recent phenomenon! The film industry now boasts of some of the best automation technology that is slowly eliminating the need for creative designers to pore over concepts and come up with alternatives. Like this interesting video I stumbled upon by Andrew Quitmeyer on Open Source System for automating film makingIts all out there. So why do we think Art directors and teams will be left behind?

The client landscape is changing at a fast pace and unless agencies make an attempt to change the way they look at redefining their approach to automation and business models, they may get left behind in the race to stay ahead.

Its not some fancy geeky technology stuff that is out there in the future.

And that makes me paranoid about the roles and functions that are slowly becoming redundant in Marketing. More about that next time...

What roles do you think will start becoming redundant due to automation?