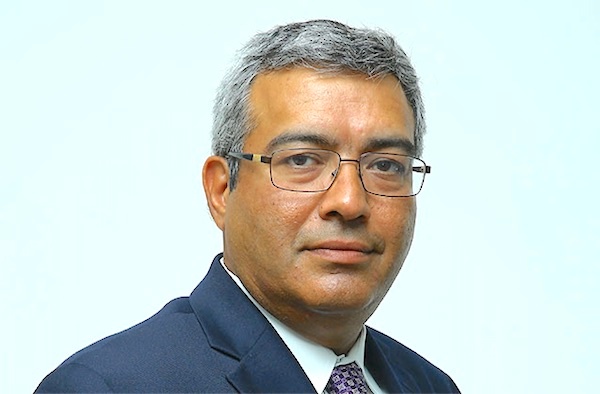 In today's perilously paranoid services industry, many ambitious executives are resurfacing in smaller sized service providers, which can compete on smaller scale contracts that are arising with mid-market firms, in addition to being nimble enough to compete for business at the high end. What's more, many savvy buyers are feeling more secure investing in emerging providers that are not weighed down by the legacy contracts of older times and greedy investors eager to jump ship once they sense the gravy train has stalled.

One such character is the affable Manish Tandon, who made his name at Infosys, where he led some major divisions, before recently popping up at customer experience and IT provider CSS Corp.  So let's hear what life is like moving from the very large to the medium-sized provider...

Phil Fersht, Chief Anaylst and CEO, HfS Research: Good morning Manish. It’s great to have you on HfS today. You've had a very illustrious career in the services industry, spending a long time at Infosys where you climbed the ladder, and you recently took the CEO job at CSS Corp. Did you expect such an illustrious career in services - and what's exciting about this move for you?

Manish Tandon, CEO, CSS Corp: Thank you, Phil for having me, and great talking to you, as always. I would say I have always liked the services business tremendously. As a graduate from one of the top management institutes, I had the pick of jobs in most of the top financial institutions and so on, but I always liked technology and particularly technology services. Primarily, because this is one area you get to work on something new, something different, something challenging every one or two years, every assignment is different, so I have always been excited about the services business, primarily from an intellectual perspective but also from a variety perspective.

Regarding CSS, it’s a great company it has a great delivery engine and a fantastic client base, we work primarily with the innovators which are the high-tech companies and also innovators in retail and to some extent in banking. It has been an exciting place to start – it is not very big and it is not very small, which means that the transformation ideas you have, can more easily be implemented without causing a lot of disruption. The company had a lot of people strength, in terms of people with the right attitude and people who have built their careers and there was technical depth in the company. There were lots of things that one could work with to transform the organization. That’s what really excited me about CSS Corp, so when this opportunity came about I grabbed it with both hands.

Phil: Manish, you talk about the fact that you are "not too big but also not too small".  Looking at the environment we are in right now, is it advantageous to be in a mid-sized service provider based on client requirements, or do you feel it is disadvantageous compared to being in one of the very large established firms. How is that experience playing out for you?

Manish: I think it is a huge advantage to be a relatively mid-sized player, because you have seen how the big players are doing. Companies like IBM and HP suffered when the first wave of disruption came in by the Indian offshore providers and now I think the mid-size companies will perform the next level of disruption for the typical large Indian outsourcers that are out there. The reason primarily is that there is a dramatic change happening in the industry, when you look at Cloud and Digital, and people keep talking about Cloud and Digital, there are two intrinsic forces happening here, in my opinion, one is digital where suddenly technology has become a revenue enabler instead of just a cost and the second thing is as people have got accustomed to a pay-as-you-go model, or as a service model on the hardware and infrastructure side, they have realized that they can get the same on the services side and none of the large players are doing that. For example, if there is a million-dollar deal, most of the large players would say it is too small for us and the large deals like the two hundred million dollar implementations are no longer there. They are struggling for credibility and I believe that companies like CSS Corp will cause a lot of disruption in this space and will move in a more rapid agile fashion, doing what I call, “cloudification” of services.

Phil: Cloudification of services… it certainly is a very transitional time for the industry! What is the number one issue that is keeping you awake at night?

Manish: Normally, Phil, I sleep very well! I have a very clear conscience, however, I think one of the key issues, that one must grapple with, is how to position the company in this rapidly evolving landscape, when evolution like this is happening there are no right answers. You essentially look at how other industries in the past have disrupted and you try to draw some parallels and position the company accordingly. As one of the hockey coaches said, ‘it’s more important to not follow the puck, but to be there where the puck is going to be’ and I think that is the thing of paramount importance. You are never sure whether you’re on the right track or not in the way you are trying to position your services. 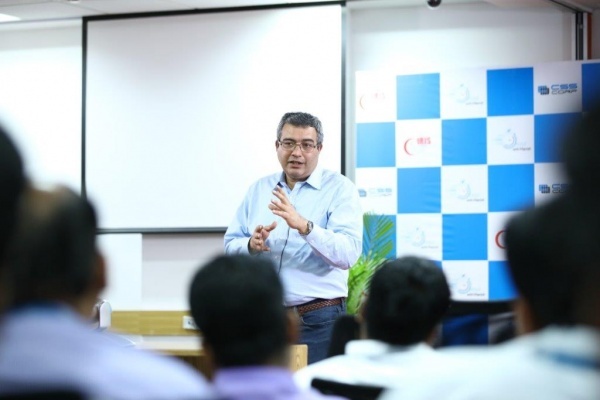 Phil: Manish, do you think the industry really is changing that much, or do you think we are getting ahead of ourselves a bit in this current environment?

Manish: I think the industry is definitely changing. What has happened is what I call the democratization of technology. Price points will continue to come down both for hardware and software. The skill base that is needed has expanded, but you need a very different skillset of people, both at the upper end and at the lower end. In the industry, the deal sizes have become very small compared to what they were a few years back and more importantly, technology used to be the domain of the geeks and a few specialized guys in an organization, but now most of the good business guys understand technology really well because this is how they make their money. Hence, what has happened is that a broader set of people have become much more comfortable in buying technology. So more and different people are buying technology, deal sizes are becoming smaller, as-a-economy is becoming more prevalent, data is forcing companies to think about mass customization and technology is pervading deeper, wider and broader. There are lots of changes happening and I think the industry is not reacting fast enough.

Phil: So how on earth do we unlearn much of the last 20 years and make this a more exciting environment for some of the younger talent? What can we do to make a pivot... do you have some ideas based on your experiences?

Manish: Phil - good question. I think there are two parts to your question, one is how does the industry change and the other is how can we make it more exciting for the younger generation?  I would say in answer to the first one, you need to look at the more fundamental things that are time invariant rather to look at things that are time variant. Let me elaborate that a little bit, people say that offshoring was a big disruptor because of the labor arbitrage and so on and it was, but the underlying theme was the time invariant theme of customer value. What the industry must do is go back to basics and look at those time invariant themes like, how are we going to deliver value to the clients? One method of that was offshoring in the past. Now that advantage is not so emphatic, so what are the next set of value levers that can be applied. That is where I think the industry needs to change to distinguish between the time invariant and time variant part of their value proposition.

On the second part of your question regarding talent. Rapid industry evolution brings about tremendous opportunities for talent in the industry. This means that the workforce has to be able to quickly adapt to new skill requirements and new technologies. This calls for a shift in the employee mindset. Gone are the days when one could choose a technology, specialize in it and work on it for years together. The new mantra is to come out of our shells and be open to continuous and lifelong learning. The younger generation of today, in fact, gets an adrenalin rush in an environment like this. Organizations can enable them by investing in relevant and ongoing training programs that equip the employees to tackle the latest challenges. Over time, the so-called repeatable white collar roles will gradually be replaced by more challenging and exciting career opportunities.

Phil:  So we now have an official date announced for Brexit, we have obviously had a maelstrom of excitement from the US with President Trump. Now we are a few weeks into all this change, what concerns you about what’s happening in the political environment, where many of our clients are situated?

Manish: I think any change, if you are in the services business, any change is exciting, that’s the way I approach it. Because if Brexit is happening we have a huge amount of technology disruption and Mr Trump is coming in, he has been a very astute business man, so he will be bringing a few changes and as leaders and managers I think or primary job is to figure out how the environment is going to change and how to adapt ourselves in the changing organization/environment. Darwin talked about the survival of the fittest, but actually it was about the survival of the most adaptable of the species. I would say I am excited about any change and again I run an organization that is small enough, agile enough and nimble enough to adapt to the change much better than some of the larger organizations. I am excited by both the changes because change is opportunity.

Phil: S finally, Manish, we talked a lot about what’s changing in the industry and how we need to get ahead of ourselves a bit more, so if you were anointed the leader of the services industry for one week and youcould make one thing come true, what would that be?

Phil: Best of luck with the new job, Manish - am sure many of us here who've got to know you over the years wish you well!