Breaking Down Financial Industry Buzzwords: The Reality of Cloud

If you’ve been in the technology industry for any amount of time, you’re likely familiar with the prevalence of buzzwords. They can be both relevant and nonsensical: some are truly beneficial and impactful, while others are too broad and can create confusion. That’s why it’s important to break down the reality of buzzwords, which is what we aim to do throughout this blog series.

First up: the cloud. There’s no doubt that you’ve heard of the cloud by now, but it can be argued that the concept is misunderstood by the general public, end users, and even integrators as far as functionality goes. Almost every company today has some form of a cloud solution that they rely on on a daily basis, but the fact of the matter is there are still barriers to adoption in certain markets, such as the financial industry.

In simple terms, “the cloud” refers to the storing and accessing of data over the Internet as opposed to on-premise hard drives. But for banks and credit unions, this can create two key constraints: bandwidth and storage costs. For an institution that has a significant number of locations and therefore an abundance of surveillance cameras, it would require a fair amount of upstream bandwidth to move video from an on-premise location to the cloud.

However, this doesn’t mean that “cloud” is nothing but a buzzword in this industry, as its current uses and potential are promising. Many of today’s financial organizations use a mix of cloud and on-premise solutions, allowing them to leverage the cloud for what it does well: processing heavy functions such as video analytics. In this case, a subset of video can be pushed out for analysis, such as pre-processing for facial recognition after the image has been captured locally at an NVR.

Additionally, cloud solutions are generally simpler to manage, support, and use, resulting in a lower overall total cost of ownership and an improved customer experience. One specific area where this comes to light can be seen through enhanced information and data sharing across both various branches and with law enforcement.

For example, if a robbery occurs at a bank, the traditional process for transporting video involves the police traveling directly to the bank or a centralized investigator pulling and burning the footage. The cloud simplifies this process, creating a secure link to the encrypted video that the investigator can send to the police. This then ensures that the footage is protected while also increasing the speed of investigations and enhancing intelligence.

Though the cloud does provide many benefits, it’s important for security professionals in the financial industry to be realistic in their expectations and recognize that cloud capabilities are still in their infancy. But as they say, “every cloud has a silver lining.” The future for this technology is bright and the opportunities will only continue to grow moving forward.

The original article was published here on 23 July, 2020. 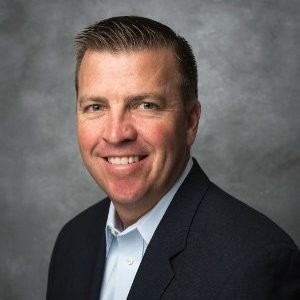